We’re Back and We are Black 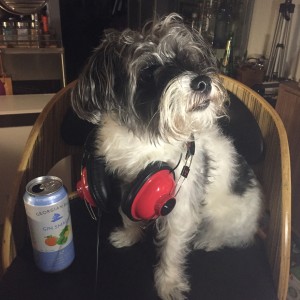 We talk a bit about how we liked Ghostbusters. Really we did. We do suspect that show dog Six may be anti-Girl Busters based on the noise she makes throughout the show.

Unsurprisingly I liked Star Trek Beyond – as you can hear me talk about on the Matinee Cast with Ryan – but Mel actually liked it too.

We do wonder why Hollywood keeps hiding hot people of colour behind a mountain of makeup or CGI. We spend some enjoyable time pondering the deliciousness of Karl Urban and I realize I may have memorized part or all of the 2009 Star Trek film.

Then we go through some of  Mel’s top picks from the early TIFF announcements – but first we have to walk through the navigation on the site because it’s changed again this year. We talk about the new layout for the movie listing page and the hierarchy of information.

Jean of the Joneses

All I See Is You